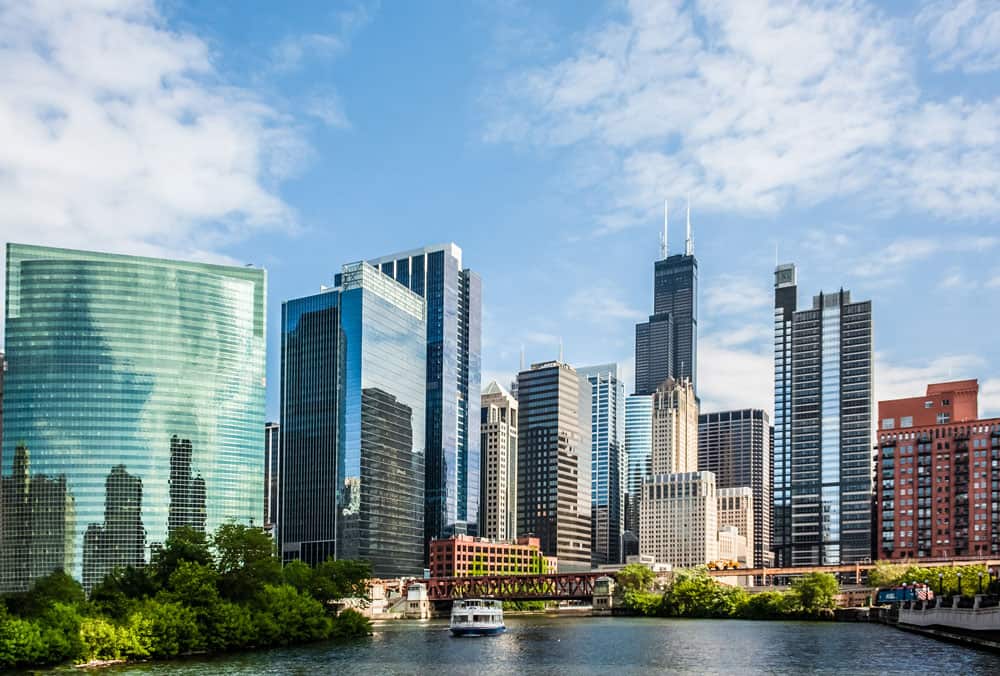 Boston is one of the oldest and most historic cities in America. The city is the birthplace of the American Revolution and it is known as the Cradle of Modern America. The historic nature of Boston is still noticeable in every cobblestone corner today.

The City of Chicago

What words come to your mind when you hear Chicago? Maybe it's baseball or the world-famous pizza, or possibly home to one of the world's busiest airports. The airport's name is O'Hare International Airport, which is fantastic if you are a tourist to Chicago's great city. It is not that great if you are a business traveler trying to get important and timely work done. How do you get in and out of an enormous airport such as O'Hare? You use a private jet.

Fly on Your Schedule

Private Jet Flights To Chicago are a great way to skip the long lines getting through security. And if another passenger happens to have an item that is considered unsafe, then you are stuck waiting until the issue gets resolved. If you use a private jet, the private terminal is separate from the commercial checkpoints.

Flying Private to Chicago is also a great way to travel for special occasions such as weddings, anniversaries, birthdays, and other significant celebrations. There is nothing better than having your closest friends jump on a plane and start celebrating. Not only can you begin your celebrations during the flight, but you can also have a driving service pick up your friends and family from the tarmac and deliver them to the hotel safe and sound. That is not something that happens in regular commercial air travel.

Taking Private Jets to Chicago are better for the business crowd. Whether you are taking your team to a retreat or a celebrity speaking event, sending your team on a private flight helps them build unity and trust in one another. Your team won't have to rush to the plane to catch it on time; instead, they will be able to board their aircraft, put their bags away and sit in the comfort of the private plane. If your team can relax while traveling to the event, they will enjoy it even more and come back refreshed and recharged to help your business grow as a team.

One of the other benefits of using a private jet is that you can specialize meals for each passenger. No more single-serving packets of ketchup or mustard, instead you can have your favorite dinner catered just the way you like it. You can also pick the style of plane you want to travel in. For example, maybe your client needs to use a wheelchair. No problem, pick out a plane that is wheelchair accessible, and they can get on the plane and sit comfortably with the rest of the passengers.

Flying to Chicago can be a monumental task. All the passengers are in the airport and standing in long lines waiting to board the plane. You can make that task simpler by using a charter plane. It does not matter if you are celebrating a special occasion or sending your team on a business trip; you should look at using Status Jet’s private charter service.

Visitors can experience the 16 historical sites, such as the Freedom Trail, and tour the locations of the USS Constitution, Boston Tea Party, Paul Revere House, and the Old State House.

Visitors can also enjoy Island Hopping. Boston Harbor has access to more than 30 islands for locals and visitors to escape and enjoy the city. You can venture to Spectacle or Georges Island and explore other nearby islands as well.

So, what are you waiting for? Plan your trip today by booking a private jet flight to Boston and enjoy all it has to offer.

Worchester Regional Airport: The Massachusetts Port Authority owns and operates this airport, and it is located three miles west of Worchester, Massachusetts.

Manchester Airport: This is a public airport and is located three miles south of the Manchester, New Hampshire central business district.

Plum Island Airport: Historic New England privately owns this airport, but the public can use it. Plum Island Aerodrome, Inc., a non-profit corporation, operates the airport.

Boston weather transitioned between two climates, thus the traditional zone. The summers are humid and hot, while the winters are stormy and cold with heavy snow occasionally. Fall and Spring are mild to cold with mild conditions, which depends on the jet streaming position and the wind direction. In the winter, you will see more snow and rain.

Q. Are there recurring private flights to or from Boston?

A. The Federal Aviation Administration does not allow operations between two locations to be recurring (Part 135, On-Demand).

Q. Is there a variety of jets available for private use?

A. You should tailor the jet travel to fit your needs, which should include the following:

Q. What are the types and sizes of planes available for private rental?

A. The table below can give you the estimated range averages, flight hours and baggage space in cubic feet for each aircraft.

Note: The values shown above are estimated across a group of aircraft, defined ranges and baggage space.

A. Most aircraft offer standard beverages and snacks (nuts, soft drinks, candy, beer/wine, etc.). There may be additional charges for special accommodations, requests or orders.

At Status Jet, we don't charge membership fees. Just call us and book your flight quickly and easily right now.  Whether you are looking for charter flights, searching for the perfect aircraft to buy, or interested in selling a plane, experience a new level of simplicity with Status Jet.
(844) 782-8875

Privacy PolicyTerms & Conditions
Status Jet arranges flights on behalf of clients with FAR Part 135 direct air carriers that exercise full operational control of charter flights at all times. Flights will be operated by FAR Part 135 direct air carriers that have been certified to provide service for Status Jet clients and that meet all FAA safety standards and additional safety standards established by Status Jet.
Employee Login
All Status Jet marks and logos are subject to Trademark and Copyright 2022